In the last few years the FKI has evolved a lot, and done a lot. This article give an overview of what we have done, and where we are going: 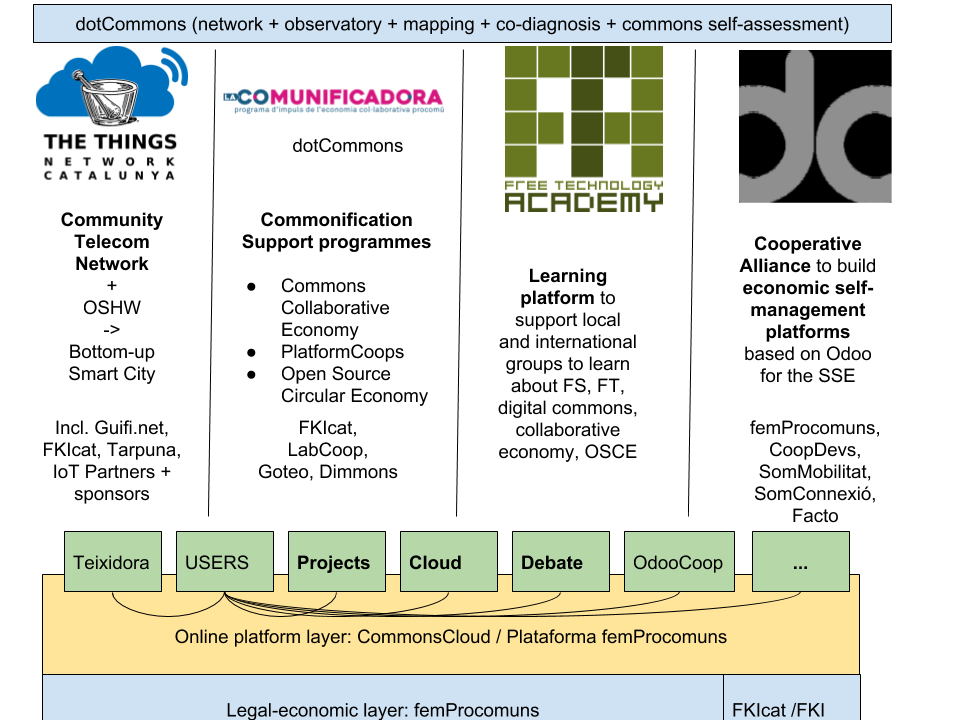 Pilot of The Things Network Barcelona (50.000€) that includes the 1) deployment of 20 gateways with 20 makerspaces and social org’s who cofund their local network; 2) community training workshops; 3) social empowerment workshops (to identify the needs of social org’s that could be addressed with community IoT); 4) 2 social hackatons where we’ll bring together all engaged participants from the previous activities to work together on solving a social challenge from the social org’s.