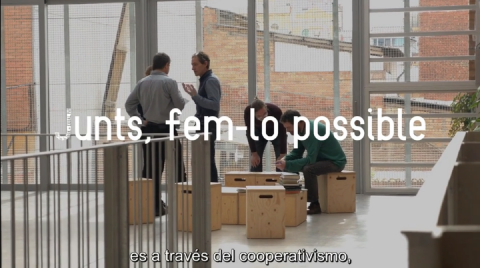 It is a long time that we  have wanted to start an alternative to the dominant proprietary web platforms, and today FemProcomuns (of which FKI is a founding member) is opening a campaign at the Goteo crowdfunding platform to put into action the CommonsCloud and involve, share and call for support from all people and collectives that share concern for privacy and collective self-organisation of online platforms. 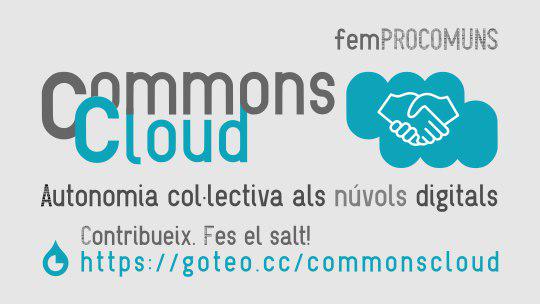 For years we have been using different web applications, servers that we have set up ourselves or people near us. We have very powerful free software tools, to substitute (and improve) virtually any of the existing services. But the reality is that platforms like Drive, Facebook, or Amazon continue to increase their power over what people can or not do.

We are worried over dependence on platforms of what some call “surveillance capitalism”, because they trade with our personal data. Many people have become aware that privacy on this centralised Internet is some kind of a joke, a very bad one really, where the most intimate dreams of each of us are sold and user data are used for automatic profiling to influence what we buy and who we vote for.

It is necessary, more than ever, to get organised and overcome the small islands of freedom that some of us have been constructing. We want to decentralise the Internet, so that users regain control over their data and are able to decide whom they share with and under what conditions.

The CommonsCloud is born as a collective initiative that puts in place collaborative web services. We are doing that together, in Barcelona, with a group of organisations that have been working for years on developing or using free software web applications. Until recently we’ve been doing it separately, each of us for their own collective, but we have now joined forces to build together the alternative to the private clouds that surround us.

The CommonsCloud is already running in a pilot phase, it unites three platforms into one: