Currently FKI participates in various ways to the several projects and initiatives described in the first part of this page. The second part, instead, lists some of the main projects on which we worked in the past, about topics that FKI still intends to work on.

CommonsCloud  an online collaborative platform, the alternative to proprietary software platforms, respectful with privacy and doesn’t commercialise data. Developed as a collective initiative, with a group of organisations in Barcelona, among them femProcomuns (of which FKI is a founding member) opened a campaign at the Goteo crowdfunding platform to put the platform into action.  femProcomuns raised € 12.965!

La Comunificadora is a support programme for the transition of Collaborative Economy projects into the commons economy. It targets new, or already existing projects that need support to function in a social and solidarity commons-oriented economy. Fifteen projects took part in the first edition (November 2016 – January 2017) a second edition was conducted (October 2017 – January 2018) and the third edition is ongoing (October 2018 – April 2019) exploring the viability of a commons collaborative economy, looking at its social impact and seeking to establish fair relationships among agents. 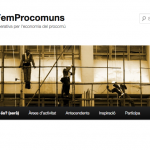 femProcomuns is a cooperative for commoners to overcome legal, economic and management hurdles to develop their projects. Set up in Barcelona in 2017 together with a bunch of firends and colleagues. If you’d like to be part of it too, please contact us, we are also at @femprocomuns. 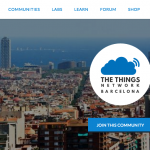 The Things Network (TTNCat) is a community network for the Internet of Things. The idea is to lay the foundations for a smart city built bottom-up and managed by citizens (commons). TTNCat aims to foster technological independence and social autonomy by building smart cities connecting sensors and actuators to the network. 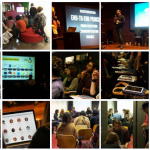 BarCola is the node concerned with Collaborative Economy and Commons Based Peer Production in Barcelona. Barcelona is host to the Commons Collaborative Economies event (Procomuns), focused on commons-oriented peer production and the collaborative economy. FKI organised several seesions and continues to actively participate in this initative.

Digital do it yourself (DiDIY) is a new socio-technological phenomenon in which the widespread availability of digital devices supporting the convergence of physical and informational components and the growing accessibility of knowledge and data through open online communities presage scenarios in which the distinction between users and producers of physical artifacts is fuzzy and new opportunities and threats emerge. 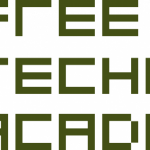 Free Technology Academy (FTA) was initially developed as an online master level programme with course modules about Free Technologies.  Today, FTA still offers specific, on-demand online courses on the same topics. All course materials developed and used by the FTA are freely licensed resources and can be downloaded free of charge, for self study or reuse. 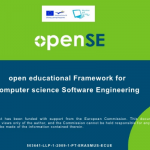 OpenSE (Open educational framework for Computer Science and Software Engineering) was a project that ran from 2009 till 2012 and was cofunded by the EC’s Lifelong Learning Project. The FKI participated in all workpackages and was responsible for the OpenSE Content Framework and policies for free licensing and open standards.

SELF  was an international project that developed a blueprint and prototype of a platform for the collaborative sharing and construction of open educational resources and training materials about Free Software and Open Standards.

Free Culture Forum The event gathered around 200 representatives from grass roots and civil society organisations around the world to develop policy recommendations for the digital society.  Organised by Simona Levi / eXgae, the FKI was a co-organiser of the event.

FKFT Conference, the Free Knowledge, Free Technology Education for a free information society SELF International Conference 2008  was the first international event that focused on the production and sharing of free educational and training materials about Free Software.