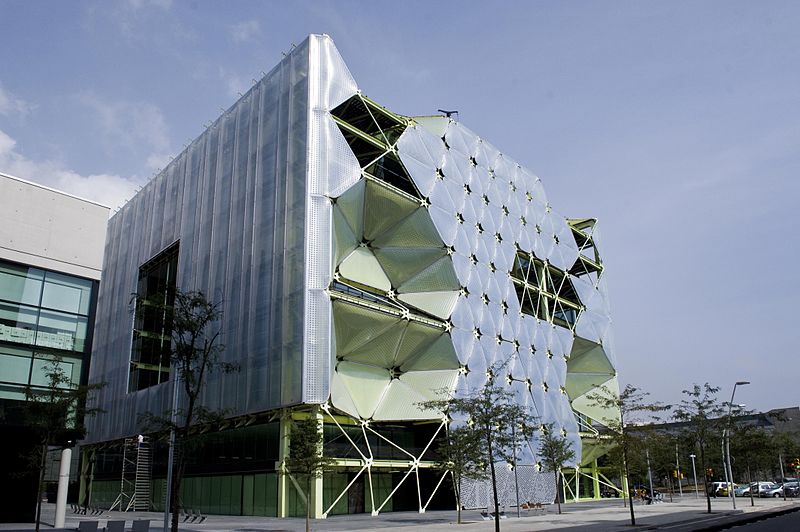 There are a growing number of initiatives supporting entrepreneurial projects to explore the viability of a commons collaborative economy.

In January La Comunificadora programme, closed its first experience in Barcelona (co-produced by Platoniq, Foundation Goteo, the Free Knowledge Institute), looking at the social impact of the Commons Collaborative Economy and how it seeks to establish fair relationships among agents. However there are other similar initiatives such as POC21, which is organised in the frame of OuiShare, a 5-week residency for innovators blending strategic design, prototyping, co-making, and co-living, to develop projects committed to sustainable design, open source and zero waste.

A few weeks ago, the FKI – in the context of the DiDIY project – invited a group of people to Barcelona, to discuss the relevance of creating a network of such initiatives to work in a decentralised manner, collaborating locally and internationally, and sharing activities and resources. The group considered whether such a network might be a means for collectively work on a transition into a commons collaborative economy, in four main areas: Internet of Things and digital fabrication (collaborative making), online platforms for collaborative production and consumption, collaborative public services, and repair, reuse, repurpose, recycling and an open source circular economy.

Ricard Espelt, opening the discussion pointed out that one of the main challenges would be scaling-up and scaling-out and how to work with broader networks and infrastructures. Besides, he noted that when people/consumers have become aware of sustainable and solidarity values in one area of their consumption activities (for instance, in food), they can become more sensitive to other areas (such as energy, e.g. Som Energia).

He also identified another important challenge; the large amount of initiatives which have a lot in common, and are sometimes (physically) very close to each other and yet they don’t know about each other. “We are all immersed in our own projects, but it is difficult to know what is happening in the next street. It would be good to exchange information among projects”, said Paco González, a participant in La Comunificadora, who underlined the importance of promoting sharing resources among participating projects.

Olivier Schulbaum commented that creating synergies, -a space for building trust, a way to match projects-, ismuch needed, but there are not many tools for that, as has been noticed in the process of developing La Comunificadora. Instead of just matching projects to mentors, we should first carry out mapping and matching among projects. This process could start even earlier, noted David Gómez. Before launching the call for projects, a local mapping could be conducted to detect the strengths and weaknesses of the local commons ecosystem and identify lacks and needs. This process should be repeated after the projects have been selected, to find synergies among them, he added. Wouter Tebbens believes that the next step should be to put together face-to-face workshops with an online matching platform. Face-to-face is key, in Albert Cañigueral‘s view, because people work with people they like. Personal affinity, good vibes, are crucial.

It might not be so much about DIY and more about the culture of Do It With Others (DIWO) as a decentralised method of peer empowerment. This is what Makea Tu Vida promotes in its projects. This non-profit organisation of a social and educational nature, working in the area between Design and Ecology, promotes learning by doing and thinking by doing. It focuses on respecting the environment, collaborative and open learning, distributed economy of producers, creators, processes, and strategies bottom-up.

Mireia Juan explained that at Makea Tu Vida they explore how to reuse waste and approach design as a tool for transformation and learning. In the process they detect the need to create new scenarios for experimenting with other models of consumption and production. They generate strategies where citizens can have an input. First of all they map the resources: the existing waste and the available people who know how to work with these physical materials so needs can then be addressed.

With El Recetario, an online platform with an open repository (like a recipe book) of detailed instructions for making things by reusing waste, they aim to transform the daily reality of people and communities behind each project. These alternative modes of production and consumption are shown in an annual exhibition, Rehogar (Re-home). Other activities include Non-invasive Local Workshops (“OBNI, Ocupación Barrial No Invasiva”), where “occupation” of public spaces gives visibility to citizen processes and encourages re-appropriation of public space.

Mireia Juan says that although Makea’s work doesn’t directly confront big furniture production companies, the fact that IKEA, for example, claims that it is rethinking its business model, could be seen as a success. This might be only a marketing strategy, but at least it seems they are wondering about the system they have created.

Not only big companies are rethinking strategies, but there are more and more city councils interested in the commons economy. This means that there is a chance for building a political framework, for producing sharing spaces with them. But Adrian Smith asks how we might collect case studies and experiences and how we can capture these successful experiences to replicate them elsewhere. In Barcelona, for instance, the Commissioner for Cooperative, Social and Solidarity Economy and Consumption has created a new department inside the local development agency, Barcelona Activa, which aims to encourage alternative economies. Ernest Pons, representing this new Department of Other Economies, explained how it is working collaboratively within the sector and with its actors, for example the BarCola commons collaborative economy platform. The Commissariat’s aim is to promote and visualise the solidarity and Social Economy in order to create a new policy direction in the City Council which, since May 2015, is headed by Barcelona en Comú. Many members of this organisation, coming from the cooperative and associationist sectors, have strongly promoted and introduced elements for a new kind of economy. Ernest Pons stressed that this means strengthening what the citizens have already created, in a city which already has 4,418 social economy initiatives, which produce 7% of the local GDP.

There is a clearly structured , growing social economy, and there is also and expanding movement promoting the commons and the circular economy, these two trends could merge. Grassroots and bottom-up experiences can, in some cases, contribute to and work with an evolving public sector. Coordinating a network to support these projects may strengthen and make more viable a transition towards a fairer economy, that is more oriented to the commons.