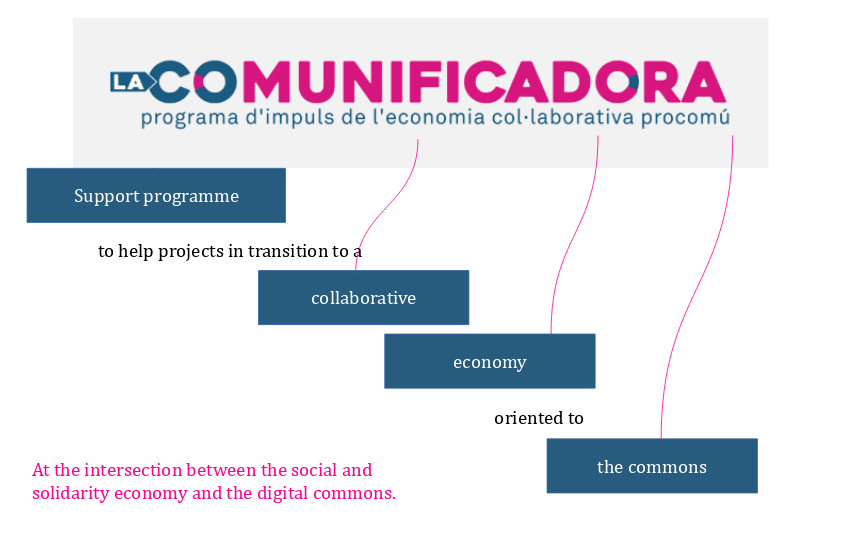 La Comunificadora is a support programme for the transition of Collaborative Economy projects into the commons economy. It targets new, or already existing projects that need support to function in a social and solidarity commons-oriented economy. (Download presentation slides)

It was created, in 2016, partly as a result of a citizen led initiative. Several reports from the two previous years had made recommendations for training and accompaniment actions to be carried out to help re-orient the collaborative economy towards the common good thus avoiding its negative impact on society.

The Declaration of the meeting Procomuns 2016 formulated these recommendations as a proposal to the participatory process for the Municipal Action Plan which would be later assumed by the Municipal Government.

La Comunificadora, as a programme from Barcelona Activa, is a response to this Action Plan to help to promote a change in the direction of the collaborative economy by returning it to the commons production, the distribution of the generated value and an open governance.

FKI co-developed the first edition with Platoniq Sistema Cultural (facilitators in co-creation) and Goteo Foundation (civic crowdfunding platform) and the second edition with LabCoop (cooperative for the promotion of social entrepreneurship). In the third edition, FKI has formed an alliance with the recently created integral consumer and work cooperative, femProcomuns, and again with LabCoop, with the complicity and participation of numerous actors in the collaborative economy, social and solidarity economy, culture and free technologies, open data and commons that provide their knowledge and experience as advisors and/or in open sessions

It works in the social and solidarity economy, because we promote an economy to satisfy the needs of people above profit. An economy guided by values such as equity, equal participation, inclusion and commitment to the community, and also, we promote social change. To help a transition towards a Commons economy, to apply the principles that show that people are not only interested in making profits, that economy is made of complex exchanges and is capable of managing communal goods in communal manners. This capacity declined during the industrialisation and the previous phases of community dispossession, and it has grown again with the expansion of the internet. This have given place to what is called the sharing economy which often includes projects that are far from being oriented to the commons, and on the contrary are extractivist and are dismantling consumer, labor, and environmental protections, among others.

Elinor Ostrom, economist, studied hundreds of cases of successfully managed common resources. These principles rule the digital commons such as GNU/Linux, Wikipedia, OpenStreetMap, Arduino, RepRap etc. which are inclusive, participated and built on sharing of “Free as in Freedom” resources, knowledge and technologies.

This economic model can be self-sustainable in the long term and it also has (or can have) a smaller environmental impact and is more resilient, that is resistant to delocalisation and other external “attacks” often caused by globalisation. And they abide by the 5 pillars model of sustainability that we use at La Comunificadora. 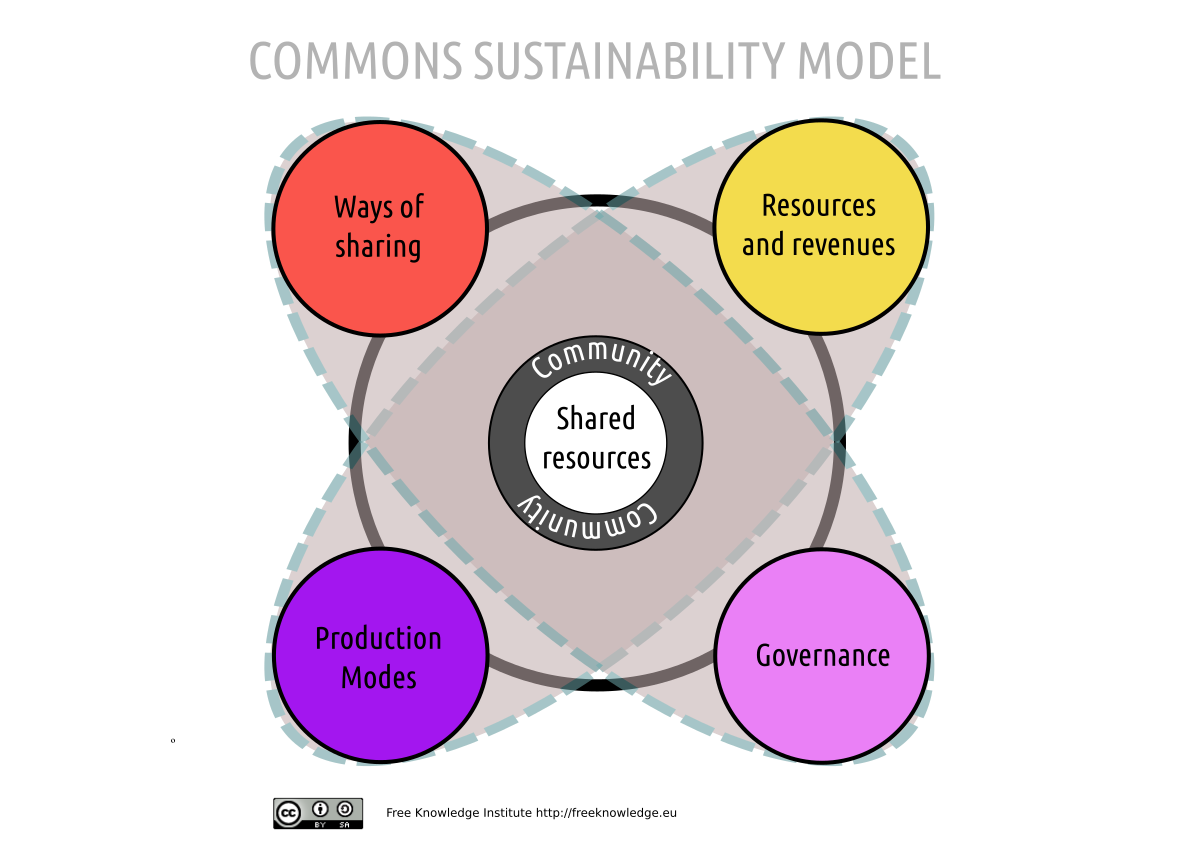