La Comunificadora programme, at Barcelona Activa, jointly managed by Free Knowledge Institute (FKI), Platoniq and Goteo has reached the end of its first phase, but the story continues. The final Meetup was held on 27 January at MediaTIC building, and attended by leaders of the fifteen projects, tutors and mentors.

“We have the feeling that we are paving the way for promoting and supporting collaborative action,” said Álvaro Porro, director of Other Economies and Proximity at Barcelona Activa (Barcelona City Council). He said he hopes to see cooperation among the fifteen projects and that it would be good if such openness also occurred in the public administration. “We still have to find out how to make collaboration dynamics compatible” with environments where rivalry between projects is usually promoted. 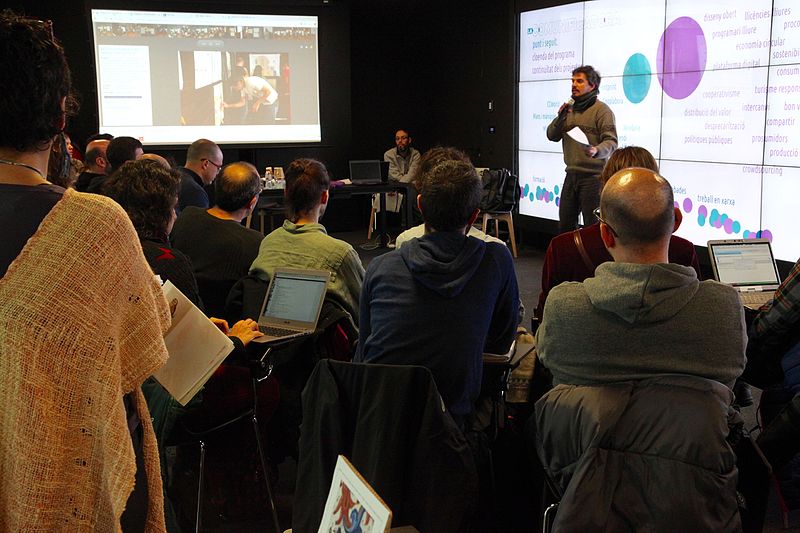 “We see it as something new, but the commons have always been here so, we could say this is a new kind of cooperativism connected with new technologies”. Mayo Fuster, director of research on collaborative economy at the Internet Interdisciplinary Institute (Dimmons) at the Open University of Catalonia added. She argued that, “in the EU they say the main form of economic growth will be the collaborative economy but, we are this economy. So let’s not create self-marginalising frameworks. We are the economy. The economy is this!

The programme began with a call for projects and assessors then a Screening Committee, selected fifteen projects said David Gómez (Free Knowledge Institute), who gave an account of the experience. Five training modules were created for topics covering the commons and the collaborative economy; sustainability and business models; knowledge management, free tools, entrepreneurial knowledge and skills; legal issues and financing alternatives, these were all accessible in a Moodle. Gómez continued, “We have also used the wiki platform Teixidora, for the projects and as a repository of the notes taken at each session. Co-creation workshops, using the tool wotify.eu, and its social business model canvas, were essential in helping the projects evolve”. 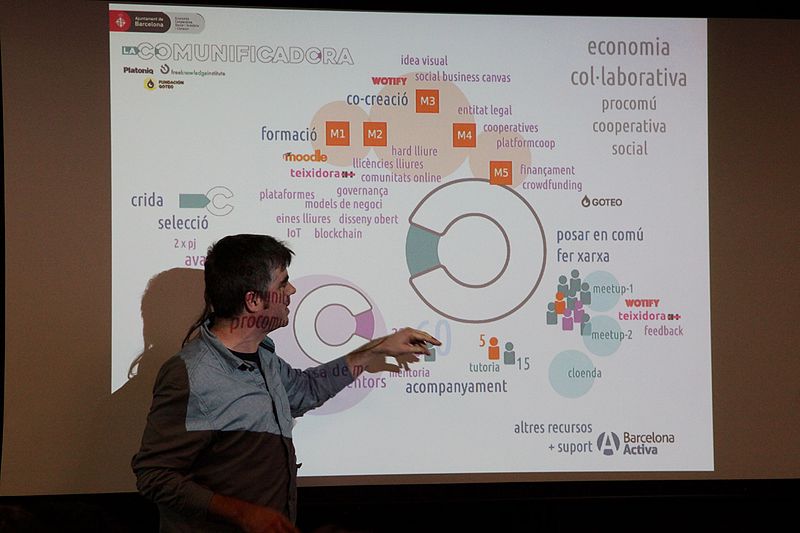 A total of 23 advisors mentored 60 sessions for the fifteen projects which were accompanied by five tutors throughout the programme. Tutors, mentors, project leaders and other members of the community who work or have an interest in the commons, took part in three Meetups. Presentations of projects were filmed on video and the feedback was collected in Wotify.eucanvasses. Contributions were written on post-its which were stuck on a canvas for each project. They were then transcribed so they could be visualised in almost real-time on Teixidora. During the programme, participants were able to access other Barcelona Activa resources such as the Landing Services. They will continue to receive guidance based on their needs after the programme. 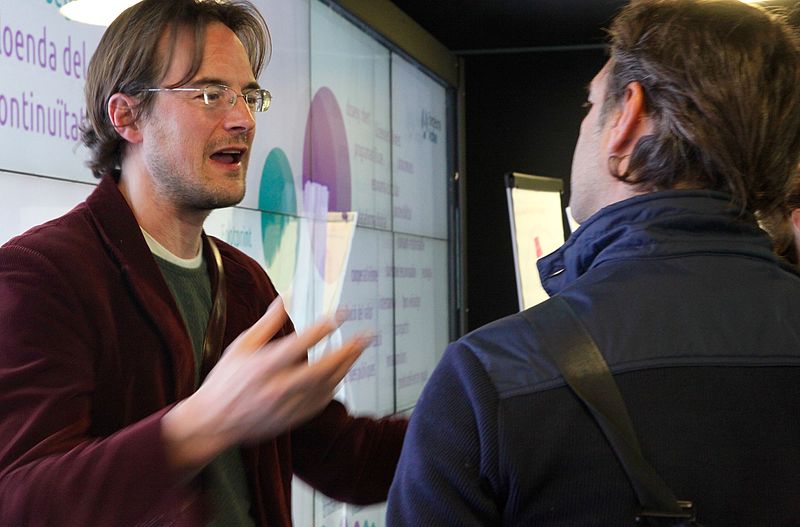 Wouter Tebbens (Free Knowledge Institute) emphasised the fact that projects have benefited greatly from the training, mentoring and meetups and have applied the theory to practice. Some projects (Katuma, Aquapioneers, Upcycling de barri, Libre Banco) have pledged to share knowledge with free and open licenses. One notable fact is all fifteen projects aiming at business and production models with elements of cooperation and peer production. As for the revenue model, there are platforms based on membership and pay per use (Som Mobilitiat), some explore other models like subscription (Katuma), donations (Lendi) or complementing their core activity with selling products or services (Aquapioneers, Upcycling de barrio). Tebbens pointed out that “Here one can identify governance systems with greater democracy and with an open, networked participation, as well as different models such as platform cooperatives. Working in open-source it is always possible to replicate the project, and this may be seen as a threat or an opportunity, because it imposes honesty, and it also has a potential to transform and decentralise. Then it is even more possible for projects to have an impact.”

Some initiatives (Som Mobilitat, Aquapioneers, Katuma) chose crowdfunding as a financing model. This “is an ethical, collective, committed model,” said Tebbens. Other projects (Cooplabora, Libre Banco), due to their transformative nature, are challenging the existing regulations and looking for ways to fit in or propose changes . All the projects are courageous and able to bring about this transformation. It is hoped that the projects participating in La Comunificadora will have an impact and become a case study for the next generations. “The ability to apply theory to practice” Tebbens said, “is the result of the fact that the process is governed by a holistic view, in an integral framework with different axes. Co-creation at the center centre, agile methodologies, business-model canvasses and tools enabling cooperation.” 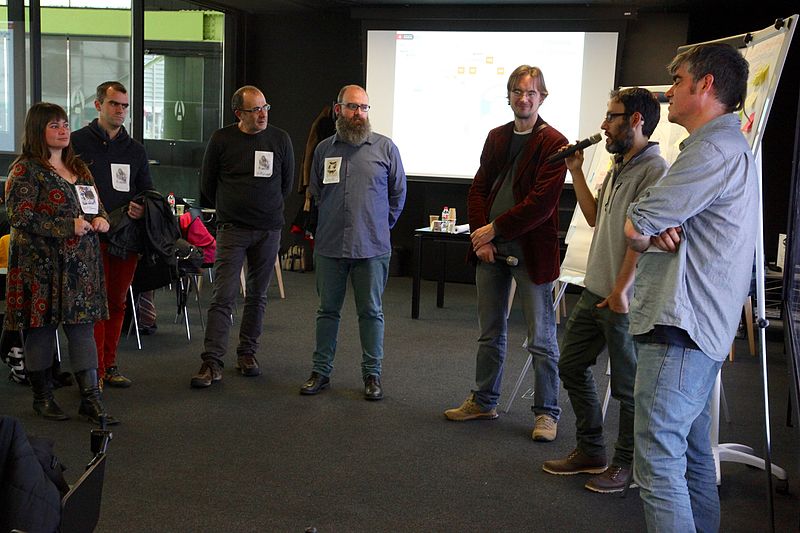 This process, concluded Mauricio O’Brien (Platoniq), “has been awesome for us too. The results have been spectacular. Being able to guide them thus far has been incredible but there is still a lot of work to do. ” Ernest Pons (Barcelona Activa) who has helped to bring La Comunificadora into being, thanked participants for their adaptability and stressed that the experience will be repeated with improvements, thanks to what has been learned in this first programme.

To sum up, the story of La Comunificadora continues because its projects continue to evolve, opening campaigns for crowdfunding, finding other ways to grow and consolidate, and also because of its ongoing commitment to a commons-oriented collaborative economy, cooperation and equity.