Last Saturday December 15th we came together with a group of people from various backgrounds to discuss about the OLPC (One Laptop Per Child) project and setting up a grassroots chapter in the Netherlands. People from SELF and the Free Knowledge Institute were there, Rop Goinggrijp, hacker, business developers, content people, hackers and journalists. A fun group to start with! 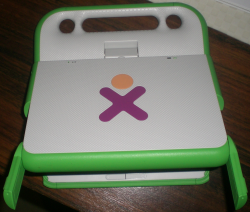 Several people had already one of these beautiful and solid laptops with them so during the whole meeting people were trying them out, connecting to internet access points, or to other XO laptops, trying the applications.

As there are still very few of these laptops in the Netherlands – there’s a Give 1, Get 1 (G1G1) programme in the States and Canada, but not yet for Europe, so one of the first priorities is to get such G1G1 programme for Europe. 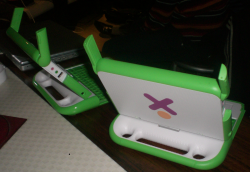 Other ideas were to work on the applications and contents for the laptops. Several people are interested in using the small machines as a piece as very cheap, though powerful, hardware. 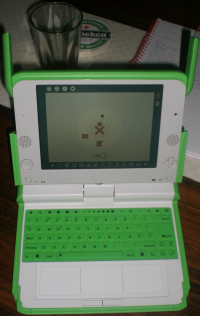 Especially interesting is that these little laptops are completely running on Free Software and it can be taken apart and reassembled manually. All this helps children learning about technology and become more independent.

In Europe there are various OLPC grassroots initiatives. During our meeting in teh Amsterdam Free Knowledge Building (former Volksrkant head office) we established a video conference with the Austrian chapter. We aim to work together as much as possible and learn from the Austrians who set up a very active grassroots. 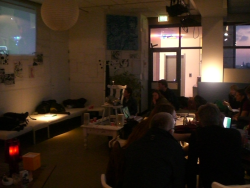